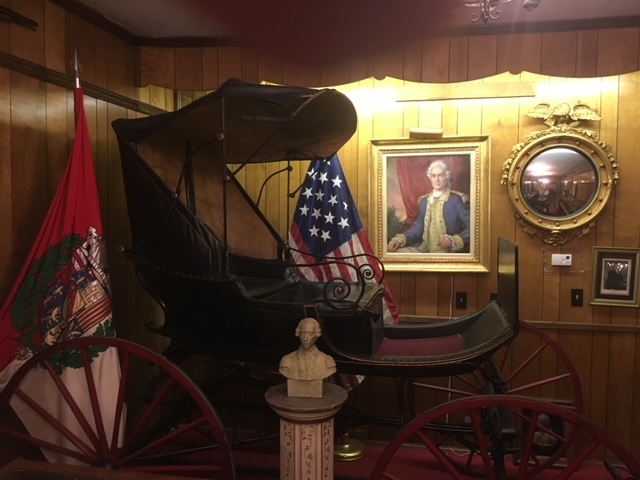 The Fayetteville Independent Light Infantry Company (FILI) is the South’s oldest military unit in continuous existence and the second oldest in the United States, was formed in 1793 with 23 charter members. FILI Armory and Museum is located at 210 Burgess Street, Fayetteville, NC 28301

The Fayetteville Independent Light Infantry Company (FILI) was formed on 23 Aug. 1793, when European countries were involved in a war growing out of the French Revolution. The reason for its organization may have been fear that the Spanish in Louisiana would incite the Indians to attack, but recent scholarship supports the view that alarm over slave rebellions in Haiti was more likely.

In 1825 the company attended the Marquis de Lafayette on his visit to Fayetteville (named in 1784 in honor of the French nobleman who fought with the American revolutionaries). Construction of the U.S. arsenal in Fayetteville in 1838 increased the importance of the company. When the Civil War began, the FILI joined the 1st North Carolina Volunteers, called the "Bethel" Regiment, as Company H. It was the first regiment organized in North Carolina and fought in the Battle of Bethel, the first engagement of the war. Some of its members were among the troops who surrendered at Appomattox.

Although the FILI achieved glory, its history was marked by controversy, such as when it refused to retire the gray uniform of the Confederacy, which prevented its acceptance into the State Guard. During the Spanish-American War, the FILI entered national service as Company A, 2nd Regiment, commanded by Capt. Benjamin R. Huske. Wearing their Confederate uniforms, the enlistees marched into Camp Dan Russell, where "they doffed the grays" and "donned the blues" of the United States. The company trained at Tybee Island, Ga., but did not sail to Cuba. The troops were mustered out at Macon, Ga., on 8 Feb. 1899. In 1917 the company went to Camp Stewart at El Paso, Tex., to help defend the border from raids by Mexican leader Francisco Villa.

During World War I the FILI served as Company F of the 119th Infantry Regiment, part of the Thirtieth Division, and fought in Flanders-its last military service. It has sometimes been confused with the Fayetteville Light Infantry Company, which also fought in a number of wars, including the Civil War.

After World War I, the FILI continued as a fraternal and social organization. It maintained an armory where Fort Bragg soldiers were often entertained, and it established a museum to house records and artifacts from antebellum days and from its World War I service. In the early 2000s the company functioned as a ceremonial unit with a color guard dressed in the uniform of the late antebellum period.